You are here: Home / Archives for Best Dog Clothes 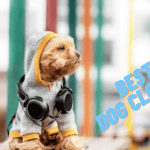 Several centuries ago, one major distinguishable feature between humans and animals was our clothing. Over time, our close association with these living things broke the norm. This development was evoked by human involvement in animal clothing. For various reasons, people began to incline toward animals dressed in artificial apparel rather than their furs. When evaluating […]