You are here: Home / Pets / Fish and Aquariums / Janitor Fish: Expectations vs. Reality

Fish in your aquariums inhibit different behaviors. It varies in their species and family line. According to kingsoftheaquarium.com, they also have a unique sense of sight, smell, touch, hearing, and taste. Most significantly, they have a lateral water-current detector. In addition, adapting to the environment is also one of their characteristics. Finally, escaping from their enemies is also their specialty.

Thus, not all of them are strong and can save themselves. There are times that some tiny fish have a weak survival instinct, especially when they are still a newborn. But, they can improve it in time. Once they survive the environment, they can build and enhance their senses. Thus, they can avoid danger and save themselves somehow.

On the other hand, some species perform outstandingly well in your aquarium and that is the janitor fish. Janitor fish is a kind of fish that has no vibrant color. They are more different from the other species that have an amusing and beautiful appearance. As you know, janitor fish is way darker and has an alien-like feature.

Moreover, there are times that most people prefer fish other than this species. They somewhat don’t like their appearance, especially the kids. Some young generations are scared of them. However, given it has an absurd face, there are things that this fish can offer. For that reason, let’s explore some information that can give you precise data about janitor fish.

Let’s move forward and discover the hidden beauty of the janitor fish. But, first, let’s take a glance at some people’s reality and expectations for this particular species. 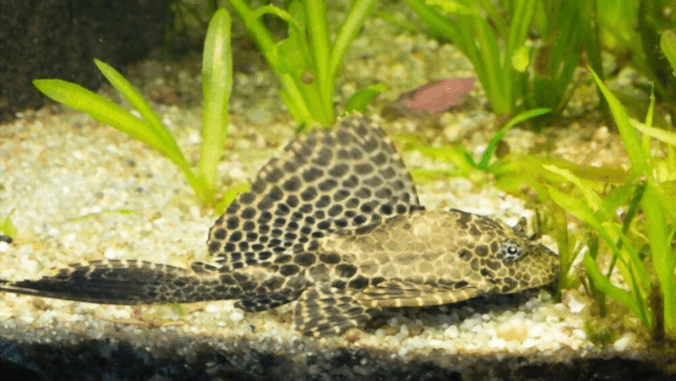 Some people believe that janitor fish stay in the same position underwater. They stay in one place even though there are a lot of situations going on around them. They also go to the corner sometimes. But they love the center position, So fort. For that reason, some people removed the shelter where the janitor was placed because they thought it didn’t want close contact with other things.

However, that idea is untrue. Janitor fish are moving based on their mood and needs. As you know, janitor fish is a nocturnal creature. They become busy throughout the night, starting at the end of the twilight. They love to go around the shelter under the caverns or over the driftwood. That is why many people think they are in the same position because they are moving at night where people are asleep.

They stay in one place and rest all day long. Or eating at the same place. But the real deal is at night and relaxing around the aquarium and exploring the water, and enjoying their busy schedule in the evening.

From people’s perspective, janitor fish eat algae alone. They tend not to give different food because there is a lot of algae in the tanks. They believe that it also eats waste all the time. For that reason, they are focusing on their primary fish pet, as always.

However, that idea is a big mistake. Yes, janitor fish eat algae but, they also eat vegetables. They love to eat lettuce, cucumbers, leafy veggies, and more greens. So, they are not only herbivores. They indeed have strong herbivore tendencies, but they also love to eat some kinds of worms. In addition, several shrimp species are also a tasty food for them.

This information is the typical idea when some people see a janitor fish. They think that these species exist to filter the water in a tank. Thus, it’s true that when you have a janitor fish, you can see that the water retains its color for a longer time. But it explains different details.

As we mentioned earlier, janitor fish eat algae. And all the tanks grow most of them from time to time. And because of the janitor fish, it can lessen its high production. Thus, they do not filter the water inside your aquarium. So, yes, they can eat enough algae but not all at once.

There are times that the water remains the same. Maybe you have a filter in your tank. And it can help them also to manage the algae’s growth. But again, it is not true that the janitor can filter the water in your aquarium. It’s just they are eating algae, and it is in their nature. 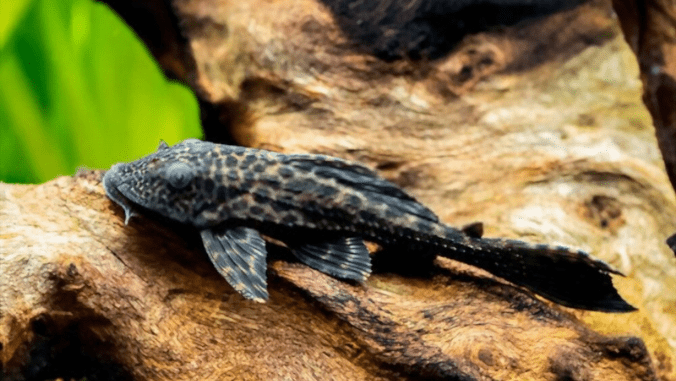 Janitor fish typically have an average size when you purchase them in the store. They stay the same and grow slower than your fish pets. They remain the same size in length and are vast. But this idea is not accurate.

Janitor fish are known for having an extended length of eighteen inches to two feet max in the wild. Thus, their growth becomes weak when it comes to your aquarium, maybe because you do not adequately feed them what they need. Because, as many people do, they don’t mind giving them a separate food supply. They think that they only eat what’s inside the tank, mainly the algae.

Proper care and food supply can elevate the rate of their growth. Thus, you might need a broader and longer tank when that happens. But, as you know, janitor fish grow more extensively than you are expecting.

We have come this far. The information above is excellent knowledge to know the real deal of having janitor fish in your tank. Each data offers great help to understand janitor fish more and provide their needs if you choose them as a companion of your other fish pets. They are not as cute as your fish pets. But, they also improve the environment and participate in your tank cycle.

This article might be an excellent reference to know your janitor fish more and change the other things that might affect the real purpose of this species. We are grateful to share this information with you. Thank you, and enjoy!